The Bronx River Pathway is located within the Bronx River Reservation, an 807-acre linear park created as an adjunct to the construction of the Bronx River Parkway that was opened in 1925. The parkway, which has the distinction of being the first parkway in the nation, extends 13.2 miles in Westchester from the New York City line north to the Kensico Dam Plaza in Valhalla. The pathway consists of three paved segments: a one-mile loop near Oak Street in Mount Vernon; a 4.6-mile section from Palmer Road in Bronxville north to Crane Road in Scarsdale; and a 5-mile sectionextending from Greenacres Avenue in Hartsdale to Kensico Dam Plaza in Valhalla.  On Sundays during spring and autumn, a portion of the Bronx River Parkway closes to vehicular traffic for the county’s popular Bicycle Sundays program.  The map to the left shows the general location of the pathway. Larger scale maps on the reverse detail the pathway alignment, access points, local roads and nearby landmarks and parking areas.  The Bronx River Pathway is one element of the county’s extensive trail system that also includes the North County Trailway, South County Trailway and the Briarcliff-Peekskill Trailway.  For more information and brochures of county-operated trails, call Westchester County Parks at (914) 864-PARK, or go to westchestergov.com. 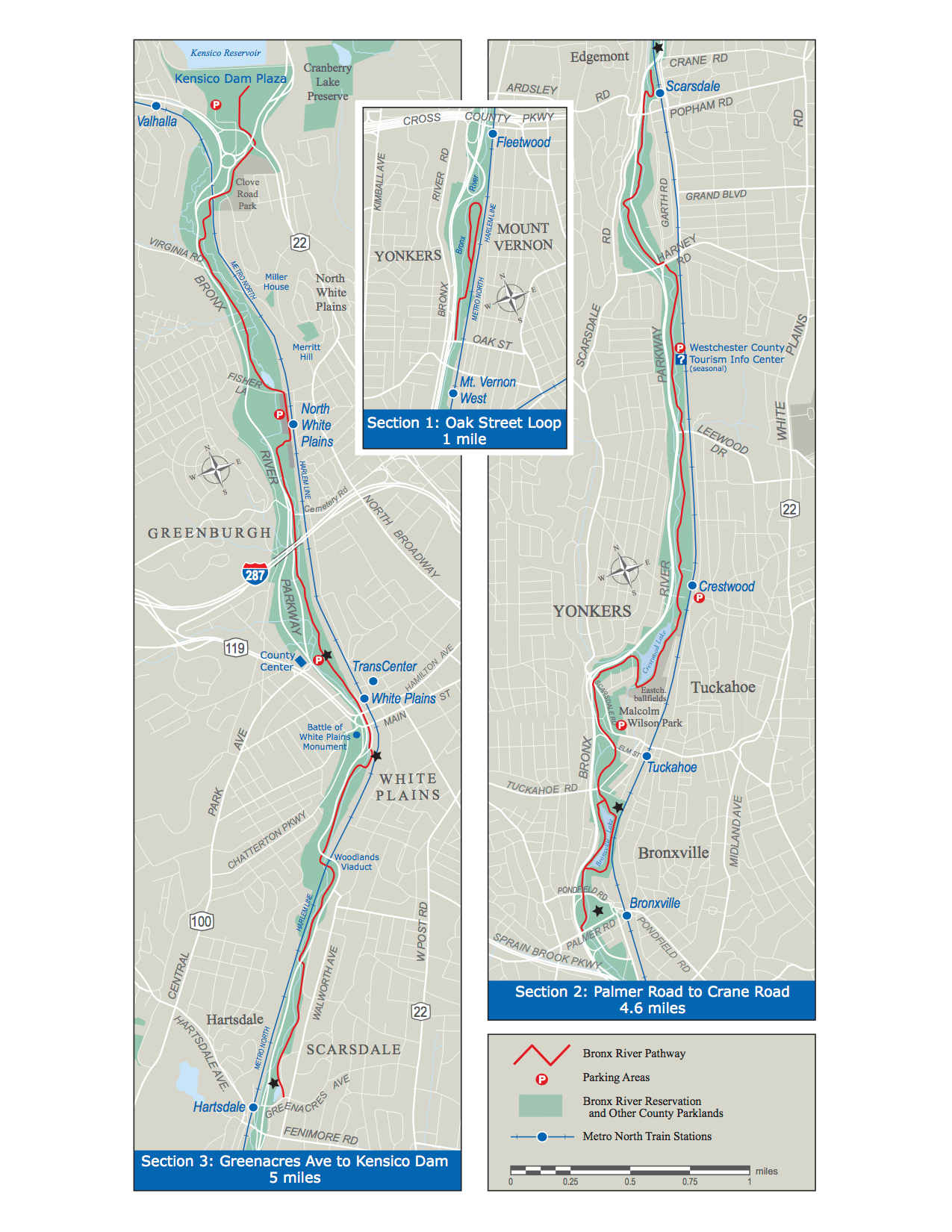